Welcome To The Jetsons Future 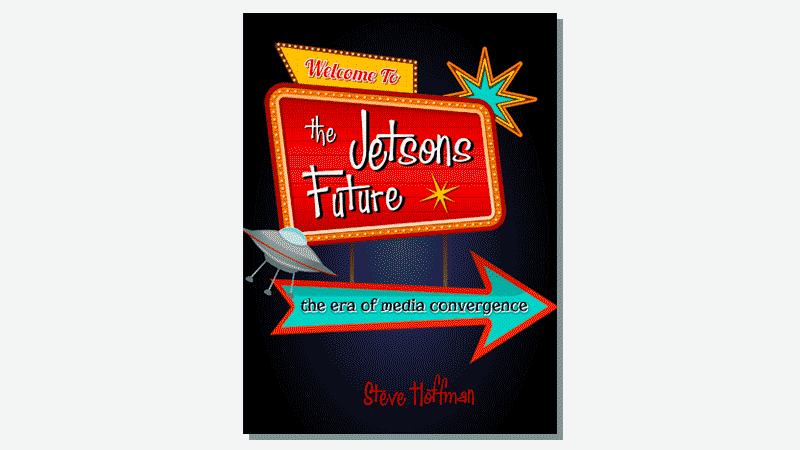 Let’s look at the big picture: to see the future of the messaging business – really, of all businesses – you need to look to the future you’ve already seen. Surely you remember The Jetsons.

George, Jane, Judy, and Elroy had those massive video screens in every room of the house. They watched “television” on them. They made “phone calls” on them. They ordered dinner, did their banking, and pretty much did the majority of their life business via those screens. They even had smaller versions of them in their spacecars, on their wrists, and pretty much everywhere else they looked.

The Jetsons was set in the year 2062. Things are moving a lot faster than William Hanna and Joseph Barbera anticipated.  While the spacecars might not be here for a while, the real Jetsons Future – the one with the ubiquitous video screens wired to the Internet – is arriving right now. Let’s take a look at how things have changed.

Planning on communicating with your fans via television? You’ll be reaching a smaller audience. Quick flashback: in 1985, Dynasty owned America with a 25 rating, meaning ¼ of all Americans watched the show every week. In the most recently concluded TV season, This Is Us led the way with about a quarter of that.

2014 was the first year that a majority of Americans consumed audiovisual content – what we still call TV and movies – digitally.

And with all this change, you need to get comfortable with the notion of media convergence. What does that mean?

The most important words for you to remember in The Jetsons Future: “The medium is the message.”  —Marshall McLuhan

You’ve got to think about both your content and where you’re delivering it.

Let’s focus on content. We reach our fans (or, if you prefer, customers) through three basic types of content:

In the Jetsons Future, professional communicators – even ones that you think of as locked into one space – are using all three types of content to reach their fans.

Radio stations now have video departments. (The New York Times was asking if radio was still radio if it included lots of video over ten years ago.) Speaking of which, the NYT – as traditional a “print” outlet as there is – constantly publishes short documentary films, enough podcasts to be ranked in the top 5 among publishers, and VR experiences. TV? Yep, the same thing.

Are you used to operating in one content or delivery space? It’s time to open your eyes to the new possibilities. Your audience does not expect the same things from you online that it does through traditional communication channels.

For example, radio folks need to think about making compelling audiovisual content because their audience expects it. You may be used to buying print, but can you nail a podcast like this supermarket chain did? Used to telling your story in print? Can you make it sing on social like a candy brand?

It’s scary stuff, sure – it’s always scary when the world changes and changes quickly. Yet, when you get past being scared, the news is exciting.

Barriers to entry have fallen; now, anyone (big or small) can distribute their movie, music, or book to the masses at extremely limited cost. For example, you don’t need to be a huge maker of CPG; you can move your legal CBD products while keeping your budget plenty lean. According to CBS, “television” advertising has higher profit margins on the internet than it does on broadcast television.

There’s obviously so much more to The Jetsons Future than all this, but we’re approaching the land of tl;dr.

Let’s leave it at this for now: we all know we’ve entered a world of great change and great opportunity. That takes us back to the big questions: